The Second Breakup of AT&T 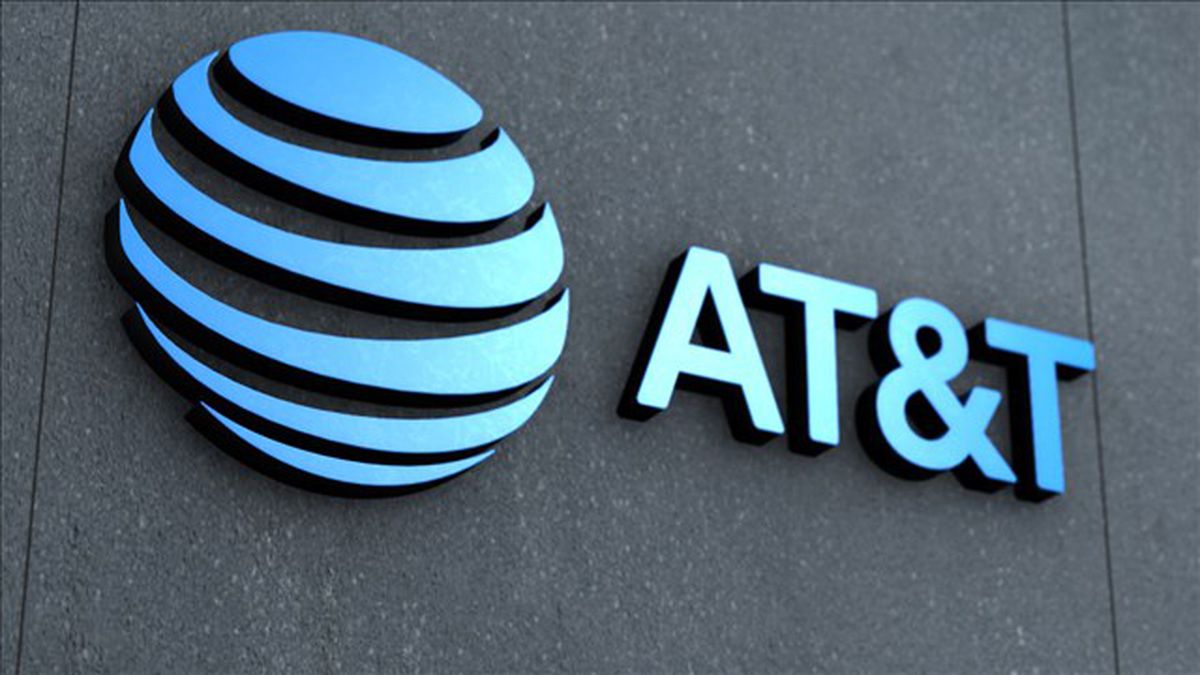 AT&T Inc. has been called many things over its 135-year history: Ma Bell, monopoly, media conglomerate.

The company, which traces its roots to the patent rights of telephone inventor Alexander Graham Bell, was the dominant phone company for much of the 20th century. So dominant, in fact, that it was broken up in 1982 as part of an agreement with antitrust authorities. But those businesses eventually began to merge, culminating with SBC Communications — one of the so-called Baby Bells — acquiring AT&T in 2005 and taking the name.

That wasn’t the end of it. What followed was a streak of deal-making that turned AT&T into a new behemoth spanning television, media and advertising. After a failed attempt to acquire T-Mobile, the company bought satellite-TV provider DirecTV in 2015 for $49 billion, becoming the biggest provider of pay television. It purchased Time Warner in 2018 for $85 billion, making Ma Bell the improbable parent company of HBO, CNN, Warner Bros. and DC Comics. The carrier also made smaller deals, such as the 2018 acquisition of AppNexus, an online ad platform.

And once again, AT&T was too big.

This time around, it isn’t the government pushing to slim down the company — though the Justice Department did unsuccessfully oppose the Time Warner deal — but its own investors and Chief Executive Officer John Stankey.

Stankey took the helm in July, putting him in charge of a company with heavy debt and a media business that was ravaged by the pandemic. AT&T also was shunted to No. 3 in the wireless-phone business this year, following T-Mobile US Inc’s acquisition of Sprint Corp. The company had just launched HBO Max, an attempt to take on Netflix Inc. and Walt Disney Co. in streaming, but perhaps the most urgent matter was undoing some of the work of his predecessor.

The last CEO, Randall Stephenson, had spent much of his 13-year tenure obsessed with deals. He kept a color-coded roster of potential companies he wanted AT&T to buy, leading to 43 acquisitions.

Now Stankey has his own to-do list: things he wants to sell.

“It’s going to keep us busy for a little bit of time.”

Critics such as activist investor Elliott Management Corp. have urged AT&T to focus on its subscriber services and walk back its go-big-or-go-home M&A strategy by divesting acquisitions, including DirecTV.

“When you look at what’s worked or hasn’t worked in telecom, you see that conglomerates and empire building has not been rewarded by the marketplace,” said Todd Lowenstein, chief equity strategist with the Private Bank at Union Bank.

Stankey, who has spent his entire 35-year career at AT&T, may be an unlikely person to dismantle AT&T’s acquisition empire. He rode shotgun as a top captain during Stephenson’s decade of agglomeration. The executive had a hand in creating some of the current problems and he calls them out directly: Last month, he acknowledged that pay-TV providers like DirecTV will probably face years of cord cutting before they hit bottom.

DirecTV faces an exodus of customers.

Now, more than 100 days into the job, he says his plan of attack is to focus on three key growth areas: wireless — particularly 5G — where there’s hope for new consumer and business applications; fiber-optic network connections to accommodate surging data traffic; and HBO Max, the online streaming future of AT&T’s video ambitions.

As for new acquisitions, don’t expect much beyond opportunistic purchases, Stankey said in an interview in September. “Right now this management team is focused on getting execution right and moving the distractions elsewhere,” he said. “It’s going to keep us busy for a little bit of time.”

Last month, AT&T got $1.1 billion for its stake in Central European Media Enterprises. The company has already sold office buildings and a stake in Disney’s streaming service Hulu. It also got nearly $2 billion from the sale of its Puerto Rico phone business earlier this month.

The company is aiming to pay down debt and cut $6 billion in annual costs, partly through slashing thousands of jobs.

But AT&T still has plenty of potential businesses to sell or scale back. The question now is how big an asset sale it wants to have — and who may be interested in buying.

The biggest priority is DirecTV and AT&T’s other pay-TV operations, which have been hemorrhaging customers.  AT&T has been exploring options for DirecTV for more than a year, but finding a buyer for the whole business seems unlikely.

A combination with Dish Network Corp., the nation’s other satellite-TV provider, is one scenario. But reducing the industry to a single player would draw antitrust scrutiny, especially since rural customers have few other options. A proposed combination of the two businesses was shot down by the Federal Communications Commission and the Justice Department in 2002.

Instead, AT&T is trying to sell a stake — and possibly control of the business — to outside investors. a move that could take some of the drag off AT&T’s performance. But the ice cube is melting fast: Pay-TV revenue fell by more than $1 billion, or 10%, in the third quarter.

Apollo Global Management Inc. has been in discussions about such a transaction. And Bloomberg News reported this week that former Citigroup Inc. rainmaker Michael Klein could do a deal through his blank-check company Churchill Capital Corp. IV. Ideally, an agreement would let AT&T remove DirecTV from its books while maintaining access to some of its cash flow.

But a deal is expected to value DirecTV at only about $15 billion when final bids are accepted next month. That’s less than a third of the price AT&T paid five years ago.

AT&T’s DirecTV Latin America business suffers some of the same problems as the U.S. operations, only with an even more erratic political backdrop. The 2015 acquisition of DirecTV included satellite businesses in South America and the Caribbean — an entity that was renamed Vrio. The unit’s biggest problem was its Venezuela pay-TV business. During the country’s political turmoil, the service was shut down after getting caught between U.S. restrictions and the local government.

AT&T tried but failed to spin off part of Vrio in an initial public offering. Then, after reducing the size and price of the offer, AT&T abandoned the move. For the past two years, the falling value of the satellite-TV business has made prospects of unloading the business even dimmer.

Unlike some of its businesses, AT&T’s video-game division would be a prized asset for a number of potential buyers. The company has reportedly explored a sale of the operations, which are estimated to be worth $4 billion. But AT&T recently pulled the business off a list of noncore assets that it’s willing to part with.

The unit, whose video games include titles like Harry Potter: Wizards Unite and Mortal Kombat 11, attracted interest from several major companies. But with the gaming industry booming during the pandemic — and AT&T facing the complications of wanting to retain licensing rights — the company may have decided the division was worth keeping for itself.

The animation video service was the first step in AT&T’s massive pivot to media six years ago. Crunchyroll was acquired through the company’s newly formed joint venture with the Chernin Group, called Otter Media. The name is derived from the abbreviation OTT, for content delivered via the internet “over the top” of a traditional platform. Since then, just “streaming” has become the more popular term.

AT&T bought out the remaining stake in Otter Media from the Chernin Group in 2018. More recently, the telecom giant has had second thoughts. Last week, the Nikkei business daily reported that Sony Corp. was in final talks to acquire the service in a deal worth close to $1 billion.

CNN is one of the more controversial businesses that AT&T acquired when it absorbed WarnerMedia in 2018, with the president regularly assailing the cable-news network on social media. It’s also been the source of takeover speculation, with Jeff Bezos seen as a potential buyer. But Stankey said in September that CNN was one of the pieces of the WarnerMedia structure that are “more tightly wound together than they were before.” In other words, selling it would seem less likely.

AT&T had high hopes for the AppNexus digital advertising unit it acquired for $1.6 billion in 2018. Named in a nod to Alexander Graham Bell, Xandr was going to be an advertising network that all pay-TV providers could use. Ad-industry veteran Brian Lesser was hired to run the operation, and Stephenson told investors that the business would bring in $2 billion in new revenue by using customer data to deliver targeted ads.

Those fortunes didn’t materialize. Lesser left, and now it’s up for sale as new WarnerMedia chief Jason Kilar brings in another ad team.

AT&T has four regional sports networks, or RSNs, which include rights to teams such as hockey’s Pittsburgh Penguins, basketball’s Houston Rockets and baseball’s Seattle Mariners.

Though live sports are still the closest thing to must-see TV these days, owning RSNs has increasingly become a headache. Sports leagues have sought ever-increasing sums for rights to their games, and subscribers aren’t as reliable as they once were. Sinclair Broadcast Group Inc. just wrote down its RSNs by $4.23 billion, an admission that it overpaid for the cable channels, which it only acquired last year.

Looking for cash to pay down debts, AT&T had hoped to sell its RSNs and cash in on their $1 billion in estimated value. The company sought bids last year, but a buyer didn’t materialize. This year, with sports still trying to bounce back from Covid-19, a sale seems even less likely.

In a bold attempt to take on home-security giant ADT Inc., AT&T launched its own “smart home” security and monitoring venture in 2013. While the effort was intended to explore opportunities beyond its wireless service, the timing and model may have been wrong. Homeowners were already moving away from expensive security services and buying do-it-yourself systems or products like Ring from Amazon.com Inc. or Nest from Alphabet Inc. Four years into the venture, AT&T started looking for ways to get out.

Stephenson crossed borders and ended a decadeslong friendship with his onetime mentor Carlos Slim by becoming a direct competitor for mobile customers in Mexico. AT&T bought wireless carrier Grupo Iusacell SA for $2.5 billion in 2015 and expanded the service to cover most of Mexico by 2018. But Covid-19, foreign-exchange rates and the dominance of rival America Movil in Mexico has kept the investment unprofitable and difficult to justify.

“He doesn’t want to spend his entire CEO tenure undoing what he and Randall did in the past.”

So what does Stankey do now? Holding out to get top dollar for some of these assets might not be the right approach, said Colby Synesael, an analyst at Cowen.

Stankey just needs to “rip the Band-Aid off and move on,” Synesael said. In other words, take what he can get.

“I think it has become obvious to him that he needs to do it. And the sooner he does it the better,” Synesael said. “He doesn’t want to spend his entire CEO tenure undoing what he and Randall did in the past. Get it done now so he can concentrate on other initiatives.”

— With assistance by Liana Baker, and Nabila Ahmed